Newspapers are a major resource for genealogists that can fill in personal history like no other record can. The same is true for finding LGBTQ family, especially if they had the misfortune of being in the wrong place at the wrong time.

Police raids on queer clubs was often headline news. Those caught by police would have their names, addresses, professions and photos published in the paper, destroying their lives. These people hadn’t done anything wrong, but just associating with queers was enough to lose their jobs and be shunned by friends and family. In worst cases, some committed suicide after such infamous exposure.

Figure 1 shows the front page of the Chicago Daily News on 25 April 1964. The headline reads, “109 Arrested in Vice Den”, with the sub-headline of, “8 Teachers, Suburb Principal Seized”.  An excerpt of the article reads as follows:

Two Chicago police employes (sic), a county painter, a Circuit Court employe (sic) also were among those seized, according to deputies.

“I think school districts should keep an eye on people who maintain such close contact with youngsters in the community,” he said.

THE RAID was on Louie’s Fun Lounge, 2336 N. Mannheim Rd. in Leyen Twp. Deputies said the lounge is a hangout for deviates.

Ninety-seven men, six male juveniles and six women were taken from the tavern to the Criminal Court Building in two sheriff’s buses and three squadrols for processing.

Uncut marijuana valued at $500 and 500 barbiturate pills and capsules were confiscated in the raid led by Richard S. Cain, chief investigator for Sheriff Ogilvie.

The Tavern’s 270-pound owner-operator – Lewis F. Gauger, 53 – is an avowed friend of crime syndicate boss Tony Accardo and was an Accardo defense witness at the hoolum’s 1960 income tax trial…”

The article goes on to link the club owner with organized crime, which was the common excuse given for raiding gay clubs. The newspaper photos show people getting off the police bus, sitting in the courthouse and below the fold are individual mugshots.

This article is an excellent example of the destructive force of police and media on the queer community. The sheriff makes a point of informing employers of the arrest. What other “crime” has historically inspired police to violate confidentially by writing letters to employers? Possibly being arrested for hiring prostitutes. But it is rare that police take extra steps to shame those arrested. The media, with its photo layout and derogatory terminology, colludes in the public shaming of queers.

Three other newspaper images are included in the right sidebar from March 1956, all documenting “Deviate Raids”. The last article gives the names and addresses of the two men accused and fined.

Might someone in your family tree be found in a publicized raid of a queer club? 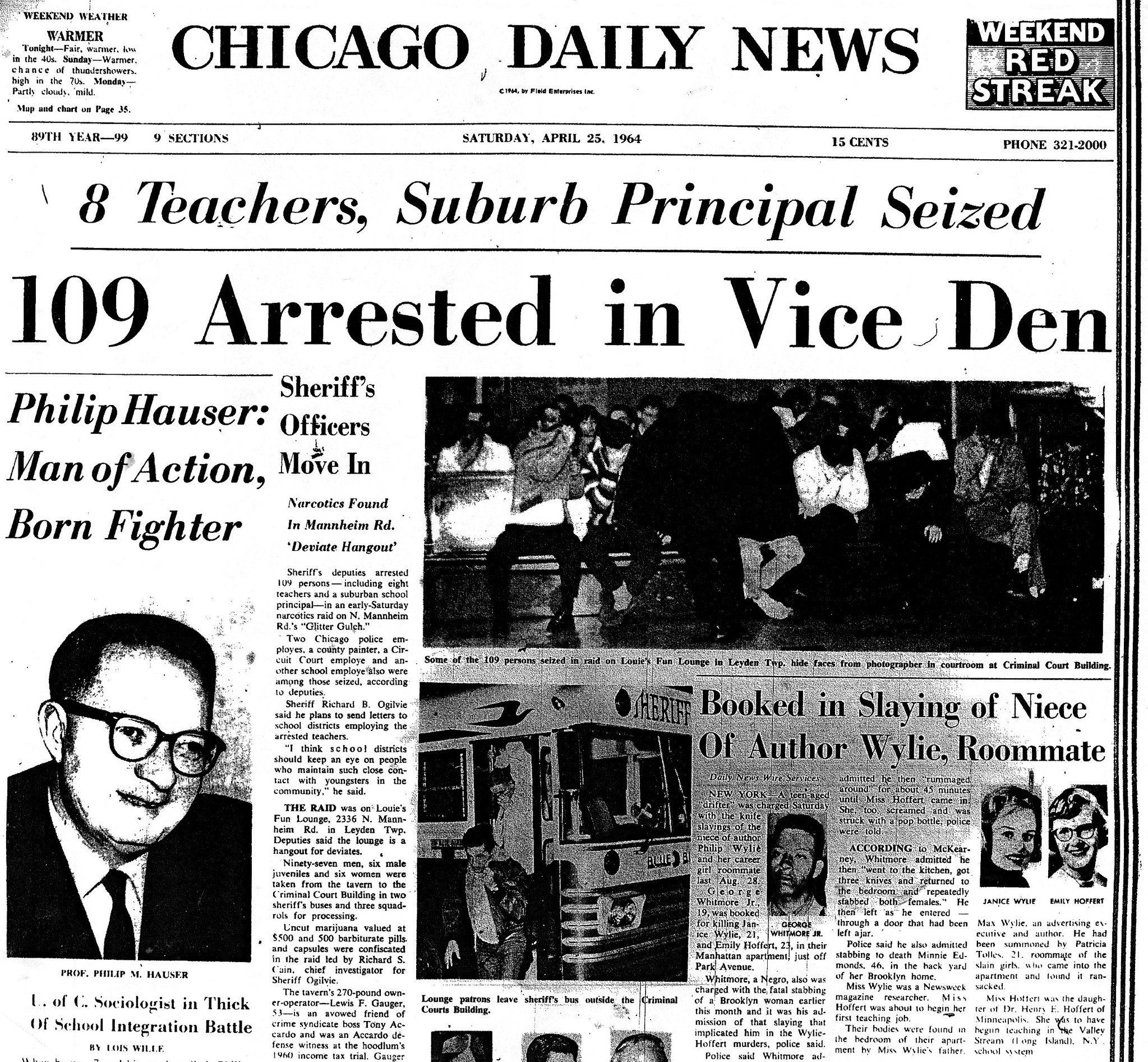 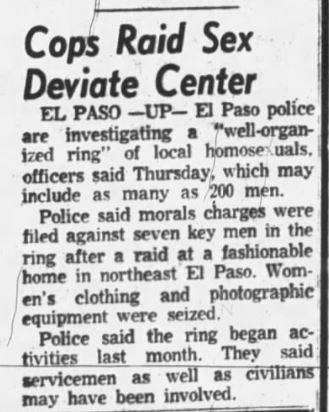