LGBTQ in the US Census

In previous posts, I’ve talked about clues that may support an ancestor being LGBTQ. I’ve also written about the use of “Partner” as a relationship designation in 20th-century census records and how this might identify LGBTQ relationships. There is more LGBTQ history in the U.S. Census.

The 1990 Census edited the sex of one of the partners for any same-sex couples who had checked “husband/wife”.  As an example, if my husband and I filled out the 1990 census – he as person 1 and male, I as person 2 and male.  I then answered Question 2, “How is this person related to person 1?”, by checking the “Husband/wife” checkbox.  In these situations, the U.S. Census Bureau edits would change my sex to Female. (See Image 1.)

Lobbying by LGBTQ groups changed the census bureau policy. The 2000 Census edited any same-sex “Husband/wife” couples to “unmarried partners” instead, without changing the sex. This editing change in 2000 accounts, in part, for the significant increase in “unmarried partners” between these two records.  Also, more LGTBQ folk were willing to identify their relationships.

In the upcoming 2020 U.S. Census, Sexual Orientation and Gender Identity was a proposed question for the American Community Survey (ACS) for the very first time. The ACS is one of many census surveys. In the March 28, 2017 revision this proposed question was removed.

This graphic (See Image 2) was composed and posted by the National LGBTQ Task Force in March 2017. It shows Excerpts from Subjects Planned for the 2020 Census and American Community Survey, before and after modification. The Census Bureau said the question was included by mistake and that there was “no federal data need” despite several federal agencies asking for this data.

After LGBTQ Task Force pressure, the U.S. Census Bureau plans to include the question on sexual orientation on the Census “Barriers, Attitudes and Motivators Survey”, known as CBAMS. The CBAMS is one of 130 surveys conducted by the Census Bureau and is not as extensive as the ACS. The CBAMS attempts to gauge why certain people, especially in “hard to count” populations, do not participate in the census. (See Image 3.) 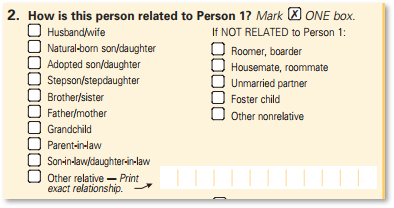 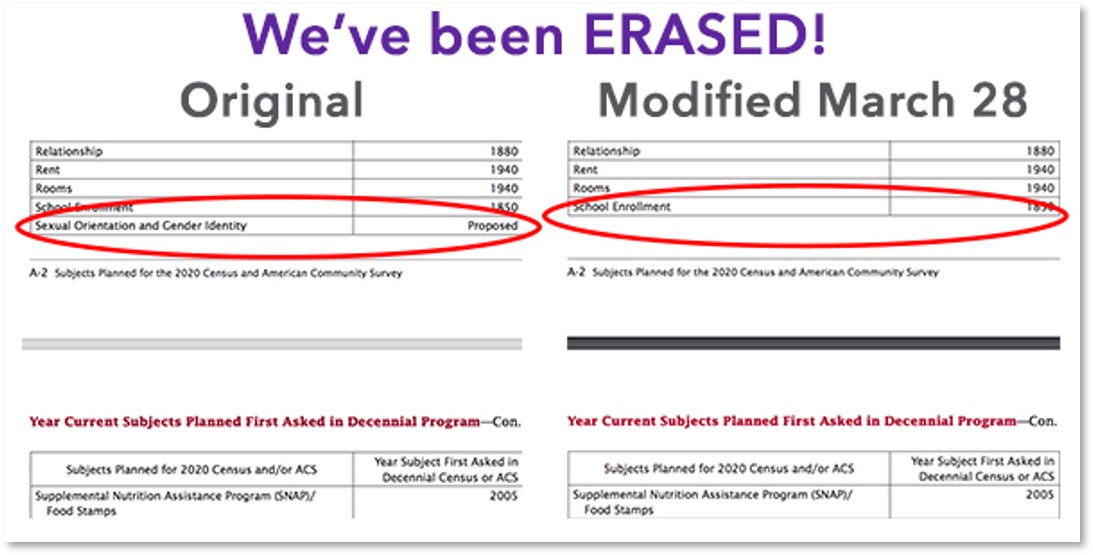